Greetings traveler. We welcome you to Delirium, where things are not what they seem and magic is just the beginning of your adventure. This is a fairly new site, being only about 2 and a half months old. Our setting takes place about 400 years into the past - x391 being the current year - and dragons freely roam Earthland. While humans and dragons are currently in peace with each other, there is darkness brewing and that fragile line of truce between them might just break soon enough. Episode One: Bastion, The Ironclad Dragon is now open! Enjoy your stay, and please... Stay delirious.

Fairy Tail © belongs to Hiro Mashima Fairy Tail: Delirium © Spitfire
Pre-made skin is credited to hitskin.com in forumotion. All other codes for FT: Delirium were taken from various coding sites via google. Said codes and pre-made skin have been edited and modified to suit the needs of the website. Any and all other content (i.e.: posts, applications, stories, plots, etc.) solely belong to their creators and makers of FT: Delirium. Nothing may be taken or used without the owner’s permission, excluding certain situations listed under the Terms of Service and Rules, which are subjected to change without warning. 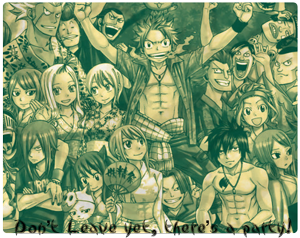 Our users have posted a total of 2251 messages

We have 118 registered users

The newest registered user is Worm